Here’s something we don’t get the chance to be a part of every day! Composer and fellow G-Fan John DeSentis has put together a kickstarter for his once-in-a-lifetime event, “Ifukube […]

Here’s something we don’t get the chance to be a part of every day! Composer and fellow G-Fan John DeSentis has put together a kickstarter for his once-in-a-lifetime event, “Ifukube and Godzilla: A Musical Celebration! Please give the press release below a read and travel on through to the kickstarter page to support this incredible project! 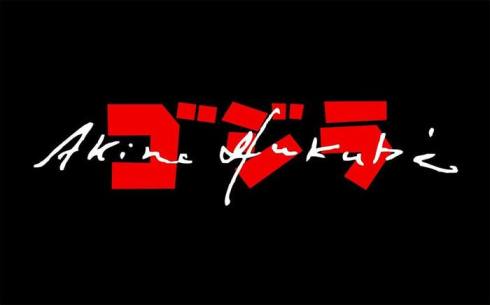 “Ifukube and Godzilla: A Musical Celebration” Help Be a Part of an Event Unlike Any Other! Have you ever wanted to hear and EXPERIENCE the music of Godzilla films live in concert? If so, then this is a project that will be of interest to fans and music lovers.

This year marks the 60th anniversary of Godzilla. Additionally it is the centennial of the man who is known as being THE quintessential Godzilla music composer, Akira Ifukube. With the new interpretation of Godzilla hitting theaters nationwide on May 16th this year courtesy of Warner Brothers and Legendary Pictures, Godzilla’s fans have a great reason to celebrate. And with the 100th birthday of Mr. Ifukube, fans can be a part of an event unlike any that has been done since a small group of fans got together and staged the first Godzilla convention ever. The time to celebrate the monster and the man is NOW.

Akira Ifukube (1914-2006) was one of Japan’s most famous classical composers. His most known works, however, are his wonderful scores for Tokusatsu (special effects) films for Toho (a genre also referred to as Daikaiju Eiga in Japan). While Mr. Ifukube worked with greats like Akira Kurosawa, it is his collaborations with director Ishiro Honda which gave birth to some of the most recognizable music in cinematic history. Credited as being one of Godzilla’s founding fathers, the musical scores to these inventive but often misunderstood films have become an integral part of what makes them unique. Enhanced by Mr. Ifukube’s unforgettable and dynamic themes, the Godzilla series has brought wonder and awe to audiences worldwide for sixty years.

Concert programs of Mr. Ifukube’s works are routinely performed in Japan but never has there been such a celebration in North America. There is no better time to make this event happen than now. Production of a full concert is a mammoth task, and that is the reason for which the producers of this event are reaching out to fellow fans. Longtime Godzilla fans John DeSentis and Chris Oglio have put their heads together to launch a funding campaign dedicated to bringing this extraordinary and unique event to life. The intention is to hold the concert in conjunction with G-FEST, the annual Godzilla convention in Chicago on the weekend of July 11-13th, 2014. Final date and venue to be announced. This concert was approved by Toho Music and will be fully licensed through ASCAP (American Society of Composers, Authors, and Publishers).

Please visit the Kickstarter Campaign Page to find out all the details and how you can contribute to this one-of-a-kind event. The phrase “for the fans, by the fans” has literally never been more true than it is for this occasion. It is hoped that they will come together and be a part of a great celebration of some of the most recognizable music in cinematic history.