Baltan is, I think it’s safe to say, Ultraman’s most prominent and well known enemy. He first appeared in the second episode of the original series, “Blast the Invaders”. And […]

Baltan is, I think it’s safe to say, Ultraman’s most prominent and well known enemy. He first appeared in the second episode of the original series, “Blast the Invaders”. And what a fun debut it was. This particular Bandai is from the Ultra-Monster line, and given Baltan’s status as Ultraman’s greatest nemesis, he comes in at #1 on the serie’s roster. 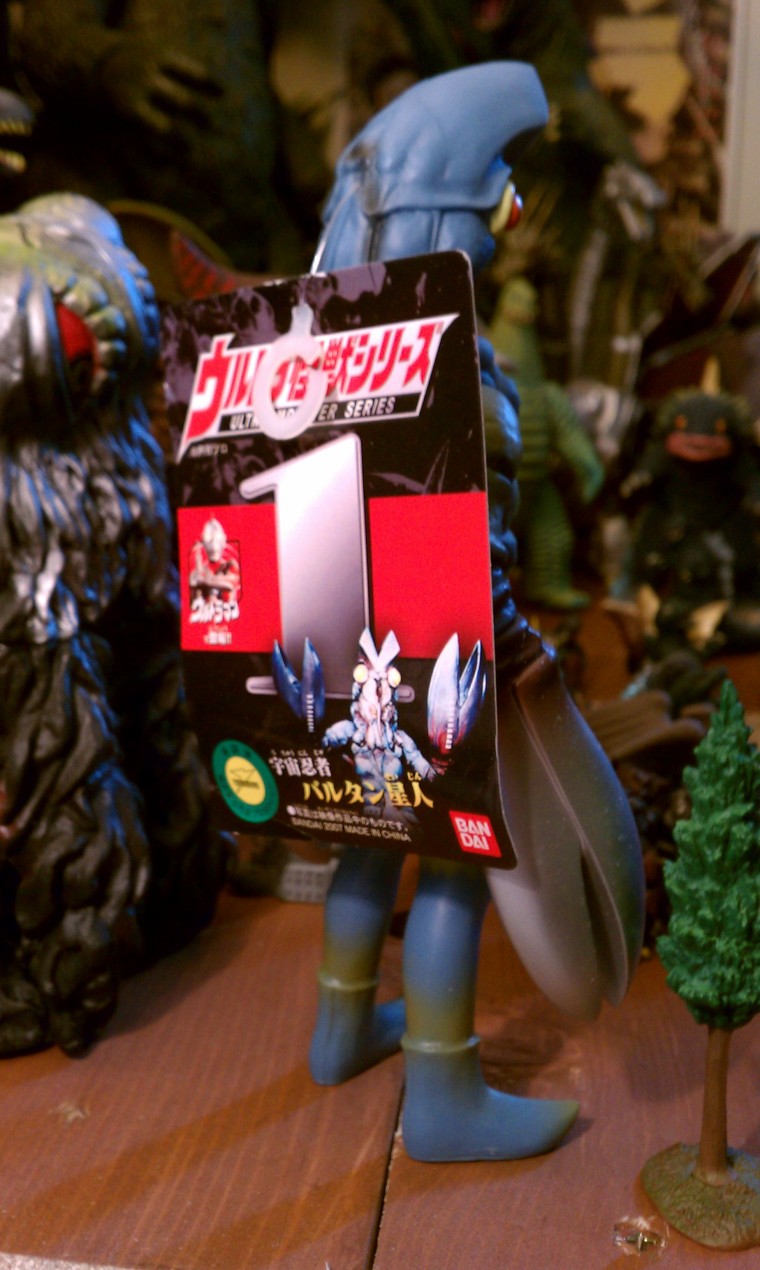 The sculpt on this figure is excellent – spot on. Its a great representation of the first form of this alien invader. Yet in typical Bandai style, he is standing in a very static position – no action for this fellow.

Baltan received a great paint job with this figure. Bandai pulled out all the stops – there are at least eight individual colors on this guy. For that reason alone, Skreeonk.com gives this version a solid five stars on Paint. He’s a lovely little dude to behold. The legs are a little lackluster, but thats how they were on the original suit!

No rarity here. And I’d say it’ll stay that way for a while. Baltan is still a relatively new release, and still going strong in the marketplace.

Baltan shouldn’t cost you anymore than $20 with shipping. On average, I see these guys selling from $10 to $15.

Baltan is a must have – especially at his current pricing. Its easy for this figure to get lost in the sea of Baltan Bandais that are available – but this is one of their best representations of this alien’s original incarnation. Ultra-Monster Series #1 Baltan is masterfully crafted as far as the comparatively simple Bandai figures go, but still not really an eye-popper. For these reasons, Skreeonk.com gives this particular alien invader a solid Four Stars!