Hey guys, happy Black Friday. Jon @ UnCanny here! Notice how there is no exclamation point after ‘Black Friday”, because as a concept and “holiday” it makes me blindingly angry […]

Notice how there is no exclamation point after ‘Black Friday”, because as a concept and “holiday” it makes me blindingly angry and sick to my stomach. Need a holiday to remind yourselves of all the pitfalls within human nature? Look no further! And all to save a few bucks on $#!t you dont need, right after a day called Thanksgiving.

Elizabeth Olsen spoke to one of the internet’s most iconic sites today, Aint It Cool News, speaking on everything from her recently confirmed role as Scarlet Witch in the Avengers sequel to her role in the film we’ve all got on our radar 24/7 – Legendary’s GODZILLA. Its a brief snipped from the interview (which is worth a read on the whole) – but I do appreciate her addressing the film in  such an enthusiastic and respectful way. Here’s the excerpt: 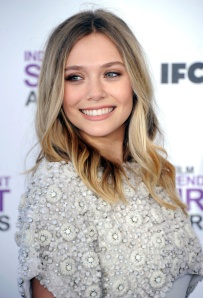 Capone: Ok, you brought up GODZILLA, and I gotta ask: In my mind, I look at that cast and that’s one of the best casts of any film in recent memory. [It includes Bryan Cranston, Juliette Binoche, Sally Hawkins, Ken Watanabe, David Strathairn and Victor Rasuk.]

Capone: And I’m just thinking, are we just going to see these amazing actors running away and pointing at something in the sky for two hours? What is going on?

EO: Absolutely will not. [laughs]

EO: I do that once. It’s Aaron Taylor-Johnson’s film, but the ensemble, we all are somehow connected to Aaron’s character. He’s the root, and I play his wife and I’m the person who holds down the San Francisco prospective of it all. I’m a nurse and I work trying take care of this chaos. GODZILLA is just so deserving of a good American remake, and I really hope we did it and I really feel like we did.

Not bad, eh? Its been a while since we’ve had any updates on the film, so I figured I’d pass this along. And this has still yet to be confirmed – but keep an eye out for the official release of the trailer with The Hobbit: Desolation of Smaug here in two weeks. Being just as big of a Tolkein nut as I am a Goji fanatic, I’ve had my midnight Imax tickets in hand for weeks now – so I’ll keep you as updated as I possibly can. As always, click the link above or the photo of the lovely Olsen to view the full article over at AICN. Big thanks to Capone for sharing!

Until then, true believers!