Skip to content
Review: PLANET OF THE MONSTERS Features A Phenomenal Godzilla, An Interesting Future, and A Whole Lot of Setup
Godzilla: Monster Planet

Review: PLANET OF THE MONSTERS Features A Phenomenal Godzilla, An Interesting Future, and A Whole Lot of Setup

We’ve finally seen it. Planet of the Monsters. “Godzilla is back and bigger than ever” seems like the natural direction to take a review for this film, but POTM is […]

We’ve finally seen it. Planet of the Monsters.

“Godzilla is back and bigger than ever” seems like the natural direction to take a review for this film, but POTM is so much more than your typical rehash. Toho Animation Studios has not only given us the first fully animated incarnation of Godzilla, but an entirely new narrative and ‘esleworld’ version of our future to inhabit as well. And it is stunningly gorgeous to behold. 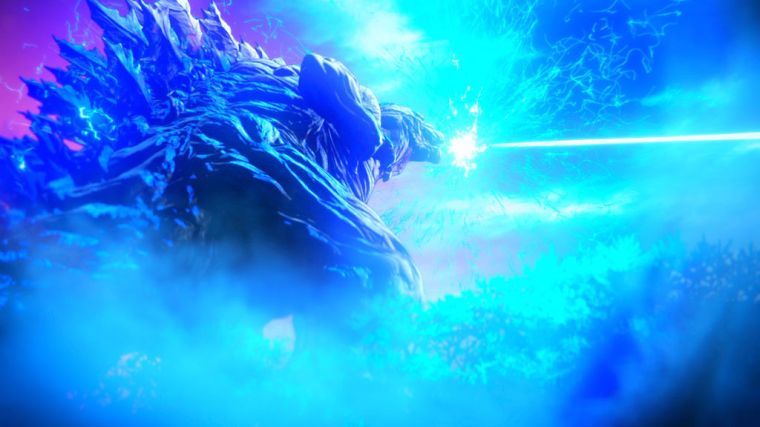 For the Big-G’s animated debut, no punches are pulled as the titular monster looks phenomenal. He’s enormous, unholy, and utterly intimidating – featuring the best version of Godzilla’s atomic breath since GMK (if not the best period, visually speaking). It’s difficult to get further into his appearance without discussing spoilers, but by the end of the film he’ll cause your jaw to hit the floor. His smaller counterparts, however, are a total waste & feel completely uninspired design-wise. 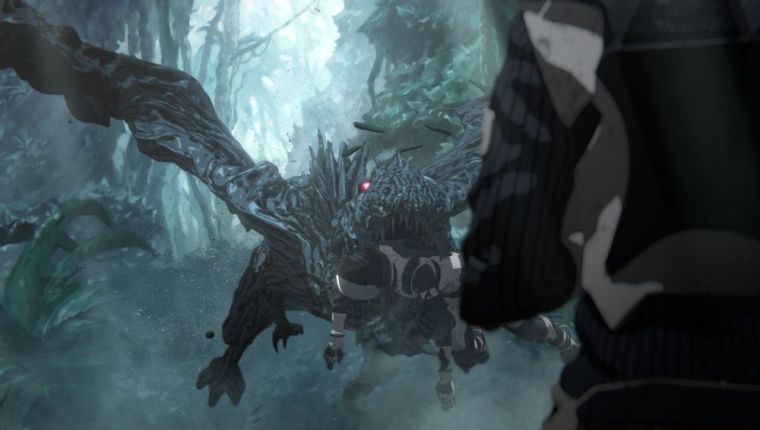 Concerning the cast, we get a wonderful nod to the late Haruo Nakajima-san with the main character, Commander Haruo, but outside of this the rest of the rogues gallery is forgettable. I’m not sure I recall another name from the lot – and there’s quite a few main characters. This is a regrettable weak point, as we spend an awful lot of time watching these people talk. The only major upside to this is the story’s focus on ‘humanoid’ aliens, which any Toho fan will know has been a staple of their films since the sixties. Setting the table for this new G-Universe rife with co-existing humanoid aliens was a really smart choice, and one that will set it apart from Shin and Legendary (as far as we know).

Complimenting the gorgeous animation is a wonderfully old-school score by Takayuki Hattori , who isn’t afraid to tip his hat to Akira Ifukube’s legendary compositions. This was a much welcomed surprise, and combines with the animation to create a very dour, very tense atmosphere that feels foreign and dangerous.

All in all, PLANET OF MONSTERS very much plays like a pilot episode of a series; an hour and a half of setup that prove tedious at times but delivers in full on atmosphere and the King of the Monsters himself.

I highly recommend experiencing this first entry in the series (and the following two, for that matter) in its native Japanese with subtitles, as the original voice cast’s passion comes through tenfold as compared to the “good enough” dubbing released for English viewers. Make sure you watch all the way through the credits for an extra scene/teaser that should (if you’re anything like myself and the friends I watched with) get you much more excited for the next ‘episode.

3 1/2 out of 5 Goji-spines from us – and a well deserved congratulations to the full team at Toho Animation.

Have you watched yet? Let us know your thoughts by commenting below or joining in the discussion on our Official Facebook Page.