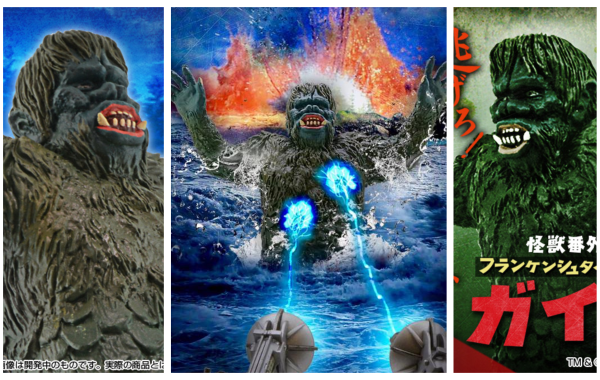 GAIRA RETURNS! Bandai Is BACK With Their First Gargantua Figure!

Bandai completely surprised fans with the announcement of a brand new Movie Monster Gaira Vinyl Figure this past Thursday. The famous toy company has yet to produce a larger scale […]

Hey, John from KaijuAddicts.com here with a few shots from my recent review of the X-Plus Varan Diamond Reissue Vinyl Figure. I usually have a little something to say here […]

By John Stanowski Posted on November 7, 2013

I just finished a new review on an old figure over at Kaiju Addicts. This time around it’s the X-Plus Toho 30cm Series Anguirus vinyl figure originally released in 2009. […]

John from Kaiju Addicts back again. I realize I was just here three days ago but my next review features something so awesome that it just couldn’t wait. Feast your […]