Tons of images are flooding in from Tokyo Comic Con, where director Michael Dougherty is currently presenting everything from new footage for KING OF THE MONSTERS (May 2019) to all the full TITAN designs for his film via their S.H. Monsterarts figures! Let’s get to those designs first, because WOW – we’ll be updating this article as more images come in. Thanks to all who have been sending them! 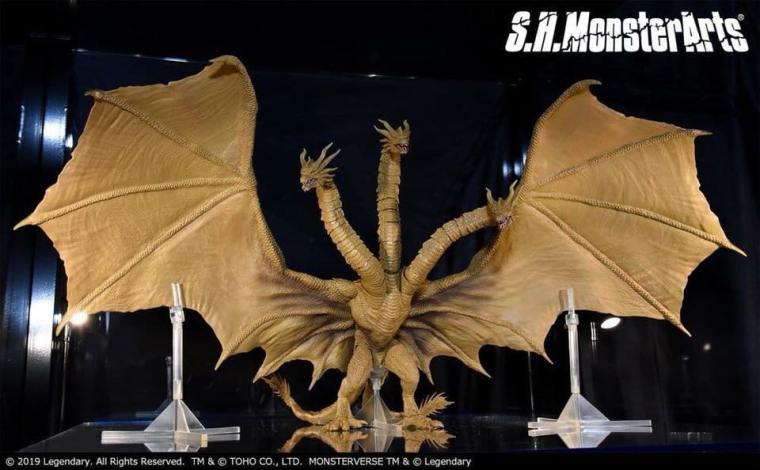 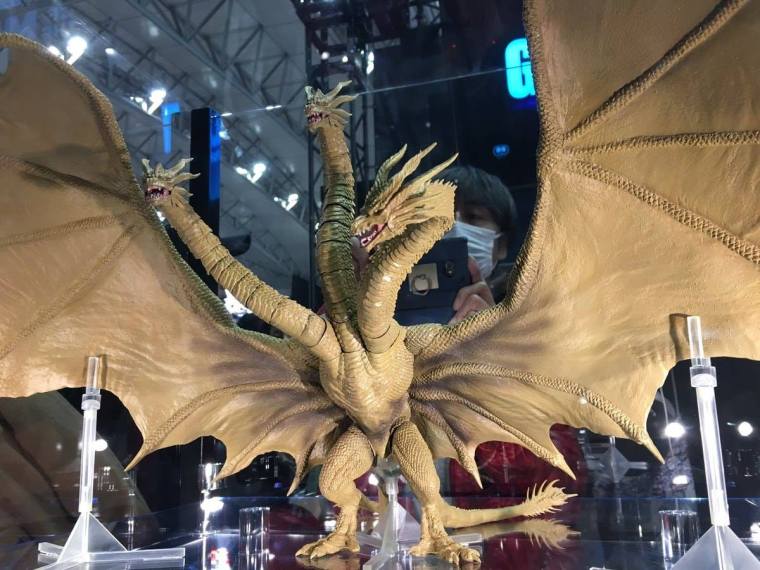 First up is Ghidorah! Could this design have ended up any more perfect? It retains every single classic design element we know & love of Ghidorah, whilst updating them all to something fresh and utterly terrifying. I am absolutely BLOWN AWAY with how perfectly executed he is!

And next we have Rodan, which is, to me, the Rodan of my dreams. The lava-flow effect of his wings fits in perfectly from what we saw in the trailer, and all the classic design elements taken from the original 1956 design/suit are on display here: the twin horns, curved beak, and fanned tail. Phenomenal!

Mothra, as we can see, absolutely has a MUTO vibe to her, whilst also looking much more akin to the moths we see in nature. Her wings are gorgeous, and if we take a closer look at her face from another shot sent in, then we can see she retains all her classic features, just scaled down a bit: 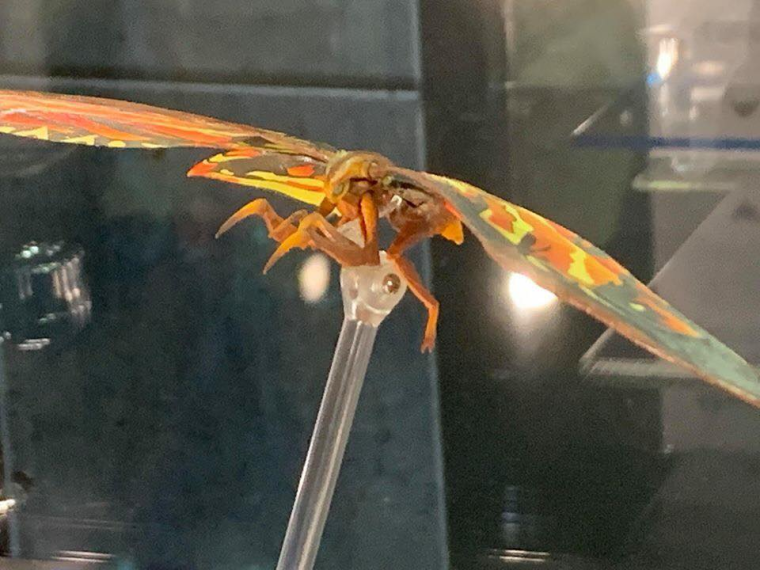 And last, but not least, we have the King himself: GODZILLA! We’ve all been thrilled at the glimpses of him so far – what with the improved dorsal fins & overall tweaks to the design. But here, through both the Monsterarts figure AND the reveal of the full statue we can see the improved design to his feet, which should silence many’a hater: 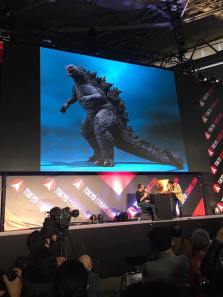 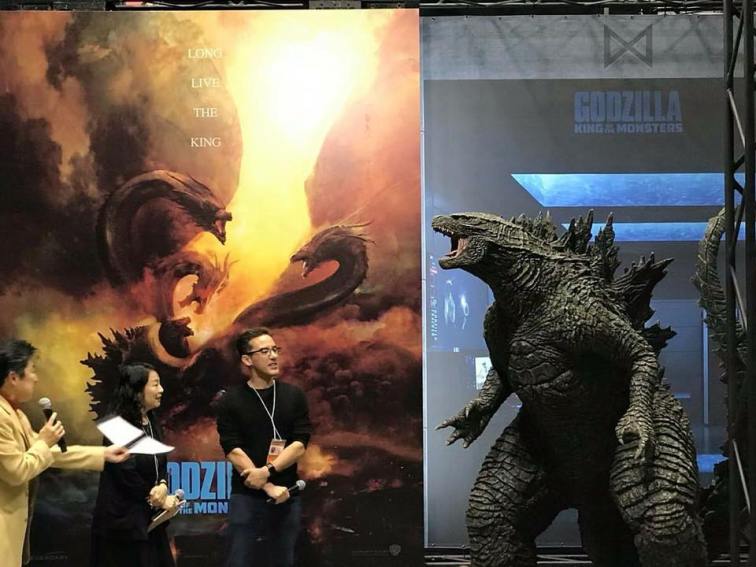 Bandai/Tamashii Nations also presented this excellent poster with their figure, which gives us the best look at his dorsal fins yet, alongside this next closeup of the back of the statue: 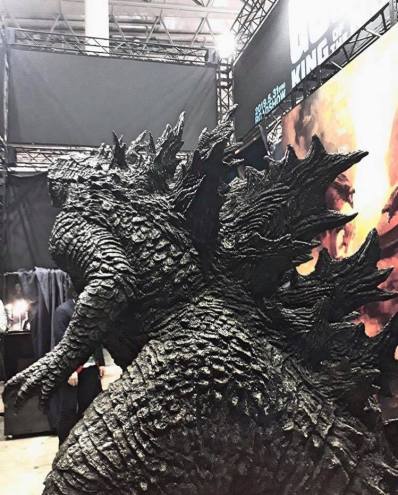 Concept art is being shown, with the first piece being a brawl between Godzilla and Ghidorah! 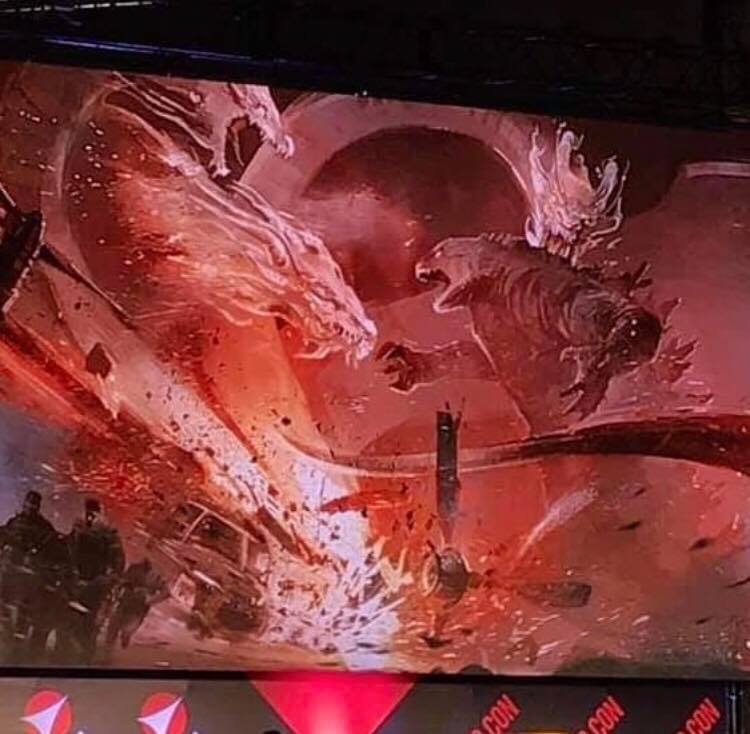 More concept art! Including early designs for RODAN, MOTHRA, and an undersea battle between the Kings!

Much more will be coming soon, including (hopefully) new footage as it is being screened at the con as we publish this. Fingers crossed, and we’ll keep you updated! For constant updates, be sure to follow us on Facebook!