Man oh man, what an excellent second trailer we’ve received! Join us below as Jon D. B. breaks down all the biggest reveals and teases from KING OF THE MONSTERS’ […]

Eiza Gonzalez and Alexander Skarsgård were spotted on set for GODZILLA vs KONG in Hawaii this November, each sporting a Star Trek-esque tech suit bearing the Monarch symbol. Looks like our […] 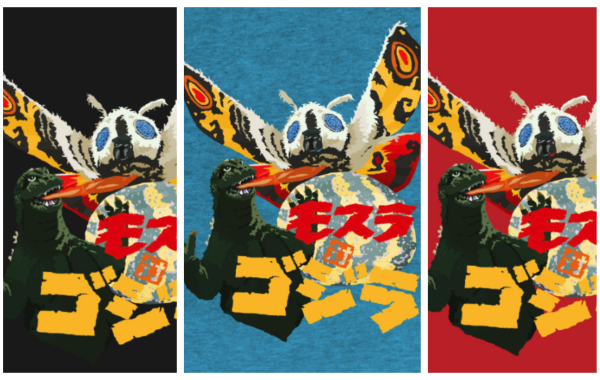 2018’s Exclusive MOTHRA vs GODZILLA Tee is Here! Get Yours Now!

Ready for summer? Now you will be! We’re happy to announce our 2018 apparel design: MOTHRA vs GODZILLA (1964)! The exclusive retro art is based on several iconic posters from […]