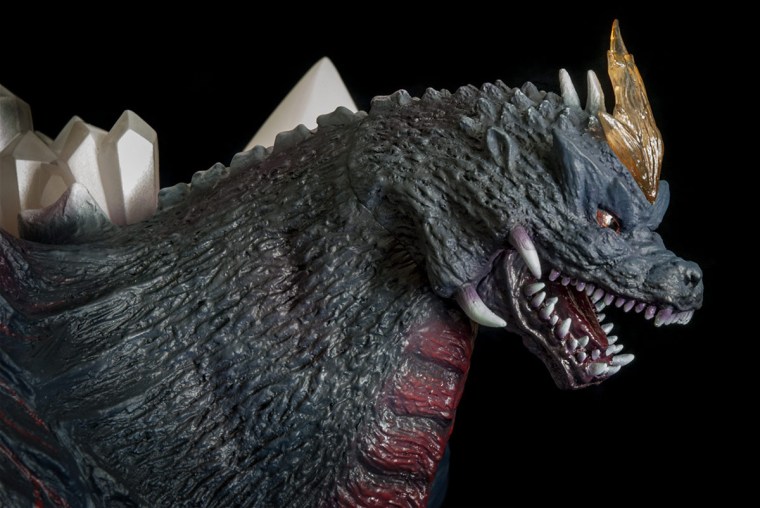 After a long wait, the X-Plus Space Godzilla vinyl figure, which was delayed an additional month, finally made its way to collectors this week! The first thing that needs to be said about this thing is that it’s big. Really big. Like, better-to-hold-it-with-two-hands big. Collectors with OCD scale fixations (like me) may grunt about it not fitting in nicely with other 30cm Series figures. But the pure, badass awesomeness of it’s large size makes me love it all the same! 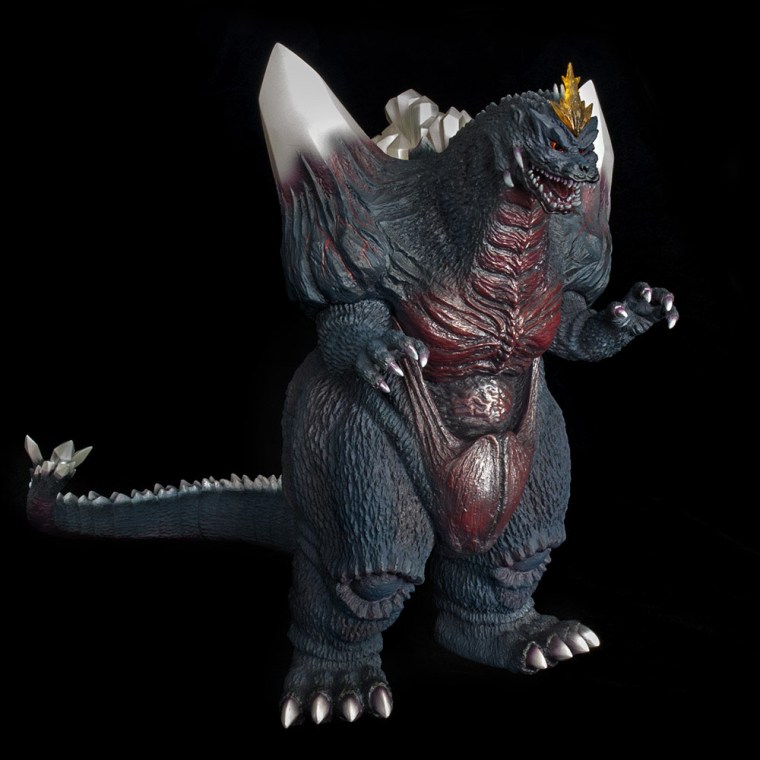 The next thing worth mentioning is that there is an abundance of collectors who feel the figure is too fat. I re-watched Godzilla vs. Space Godzilla last night with my X-Plus on my lap and, well, there may be something to those accusations of obesity. But the pure, badass awesomeness of it’s large size makes me love it all the same! 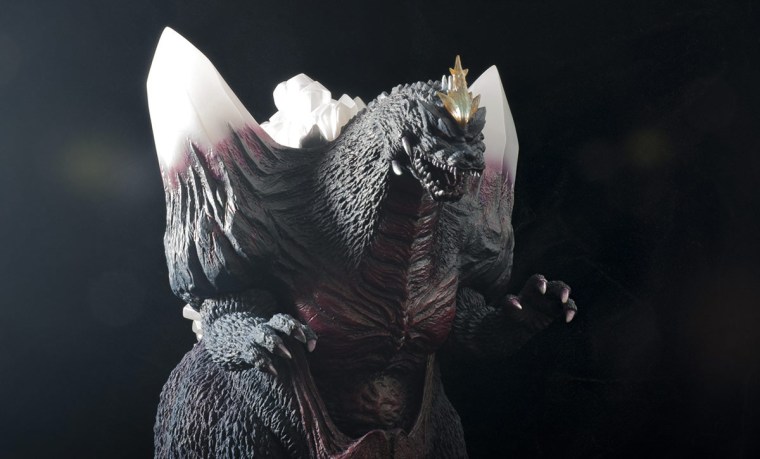 See my full review of the X-Plus Space Godzilla vinyl at KaijuAddicts.com. There are a ton more photos and observations there. 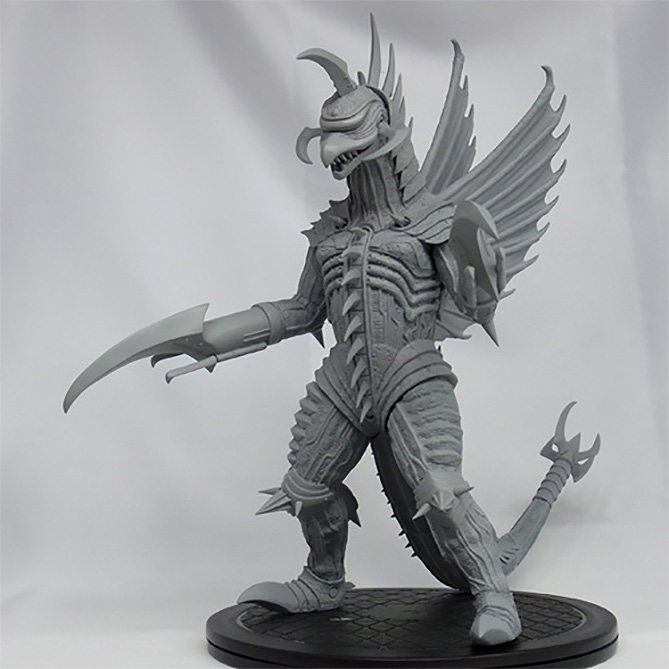 Now up for pre-order is the new Gigan 2004 from Godzilla Final Wars. This one is going to be only 29cm tall, but that’s a good fit for the X-Plus Godzilla 2004 released earlier this year. Also available is the Large Monster Series Gamera 1965, Ultraman Taro, a Real Masters Series original Ultraman C-Type (Standing Pose) made with polyresin, and… 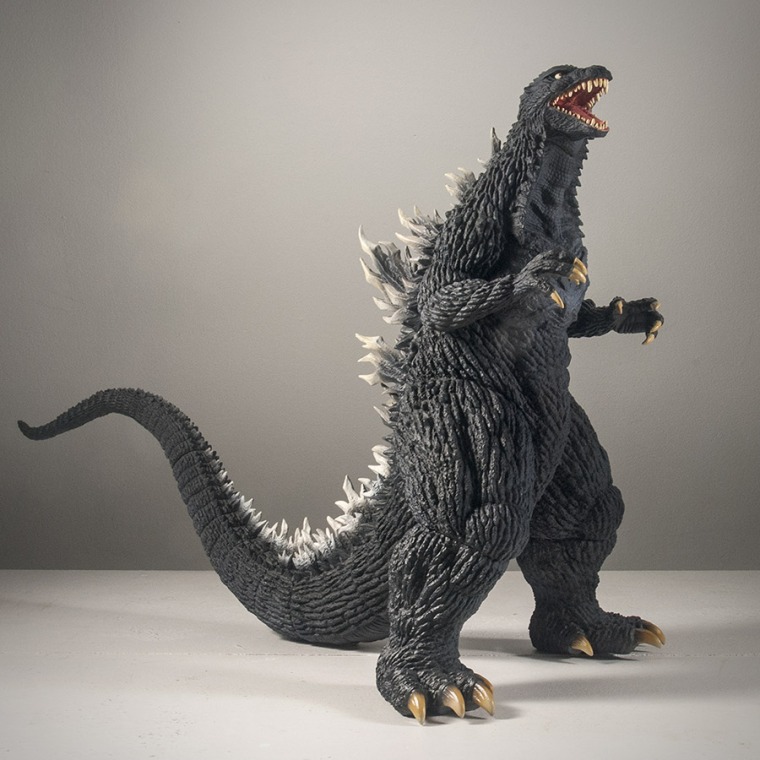 …a re-issue of the Godzilla 2003 figure which was originally released in March of 2010. This will be available only as a Ric Boy Exclusive and will come with light-up fins. And it will also look nice next to your X-Plus Kiryu 2003 if you ordered one!

Preorders for these figures ends November 18, 2013. See my post on X-Plus December Releases for more information and photos.

Also part of the December releases will be the Godzilla 2001 from the new Gigantic Series. It’s almost 15 inches tall and a whopping two and half feet long! Preorders for this figure ends, hate to say, tomorrow. That’s Friday, November 8th. If you’ve got the money, now would be a good time to order it. Like… right now.

Speaking of the Gigantic Series GMK …

Kyle Yount Gets to Hold a Gigantic Series GMK! 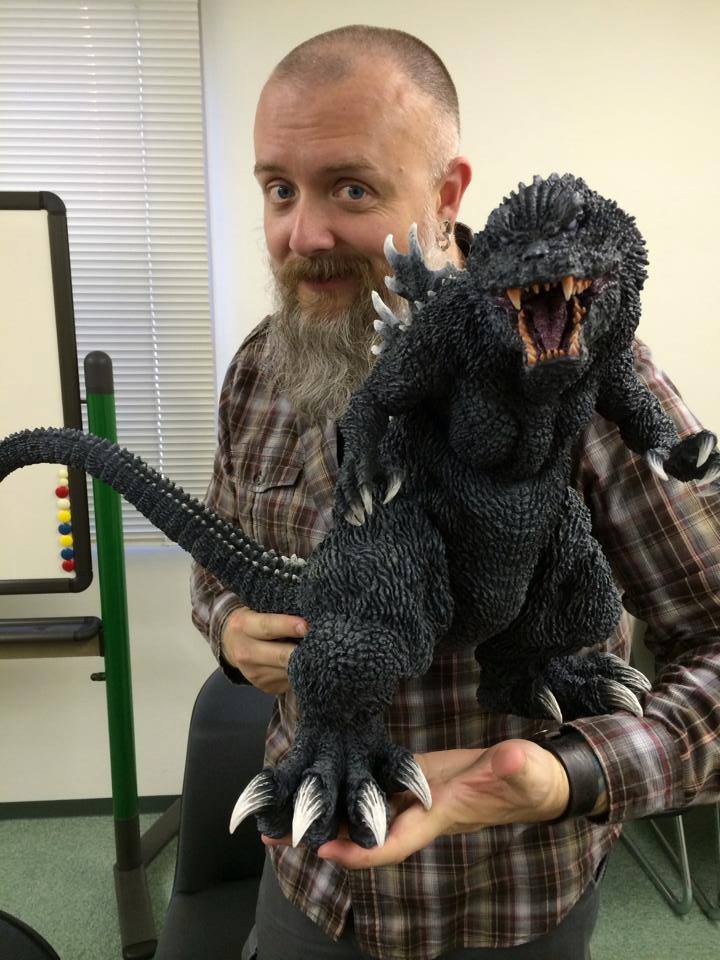 Kyle Yount, controller of the Kaijucast podcast, was in Osaka, Japan last week and, well, where else would you go when in Osaka? He went to X-Plus headquarters! And while there he got to be one of the first to see and hold one of the new GMK’s. 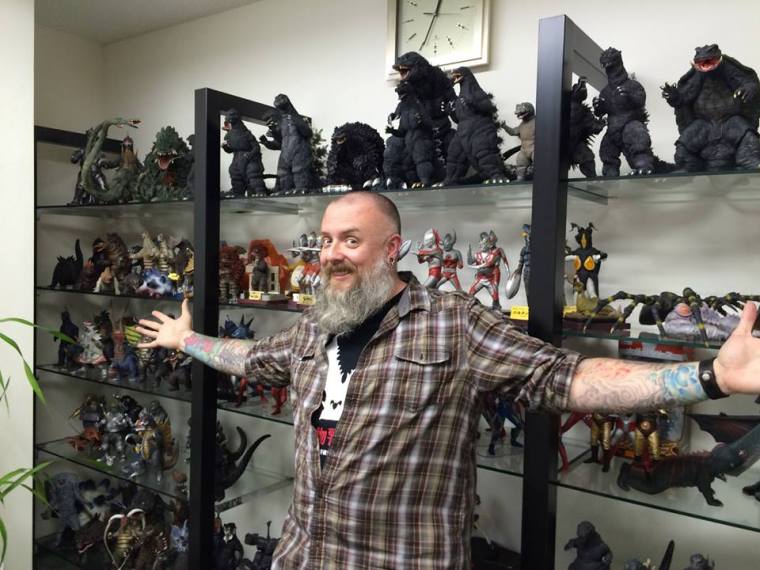 Here’s Kyle showing his glee in the X-Plus guest room. He posted a whole album full of photographs from his visit over at the X-Plus Kaiju Collectors Facebook Group. Join up to see them!

And keep watching Kyle’s Kaijucast Youtube Channel for a possible video interview with the masters of X-Plus.

And lastly I’m happy to report that the first wave of X-Plus figures specially licensed for sale in North America by Diamond Distributors have finally started to ship out to those who preordered them, some as way back as April! Wave One is comprised of re-issues of the Toho 30cm Series Godzilla 1954 and Mechagodzilla 1974. You may also spot some of them at your local comic shop.

Well, that’s it for now. I’ll be back after I get and review the X-Plus 30cm Kiryu figure (coming soon!)