2018’s Exclusive MOTHRA vs GODZILLA Tee is Here! Get Yours Now!

Ready for summer? Now you will be! We’re happy to announce our 2018 apparel design: MOTHRA vs GODZILLA (1964)! The exclusive retro art is based on several iconic posters from […]

Bandai Brings the Goodness! Official Images of 6″ MMS Biollante and Kiryu 2003! Frankenstein Is Out Now!

Source: Amazon.co.jp Hey fellow collectors, Jon D. B. here with some exciting images from Bandai! These two have been up for Pre-order for quite sometime, but now we’ve got official, […]

GAIRA RETURNS! Bandai Is BACK With Their First Gargantua Figure!

Bandai completely surprised fans with the announcement of a brand new Movie Monster Gaira Vinyl Figure this past Thursday. The famous toy company has yet to produce a larger scale […]

EXCLUSIVE Godzilla vs Hedorah Tees Are Here! ONLY $14 Right Now!

We’re back with Skreeonk.com‘s next exclusive art tee! These were a pleasure to create for the fandom and we can’t wait to see them on fellow fans! This latest shirt is […] 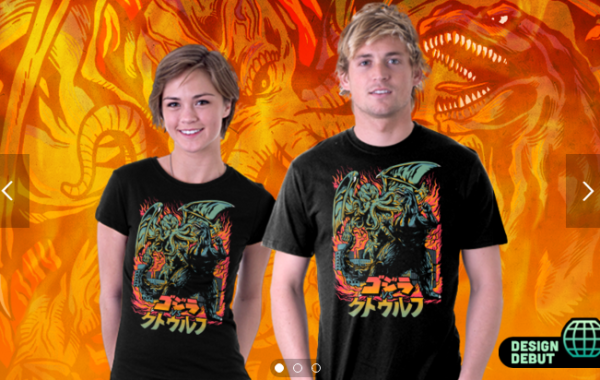 TeeFury & Skreeonk Partner To Give You Free “Clash of the Gods” T-Shirts!

Hey fandom, Jon D. B. here with a wonderful update! First of, I’d like to apologize for the lack of updates to the main site. Movie news has been slow […]