Hey everyone, Jon @ UnCanny here with some collector’s confirmation!

Over the past few weeks several websites have “leaked” information pertaining to figures and toy sets we’ll be seeing next year in correlation with Legendary’s GODZILLA. Each description has been the same – by now confirming their authenticity from several sources. The latest site to feature these new collectibles is TFAW. Here’s what all the hub’bubs about, bub: 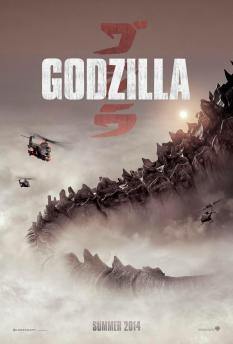 Bring the excitement of the all-new Godzilla movie home and fight for humanity as Godzilla, or be the Winged Muto and try to destroy the world! Your epic kaiju battles are sure to crumble cities and bring in the Air Force! Each pack features one (1) figure, one (1) destructible building, and one (1) military aircraft. Exclusive Winged 3.5″ Muto Is only available in this assortment. Blister card packaging.

The term “Muto” or “Mutos” is now  widespread thanks to these toy descriptions – and two theories are emerging. One popular thought is that the term will be used to describe all of Godzilla’s ‘mutated’ foes within the film, with “Mutos” serving as a sort of acronym for all of the mutated Kaiju (some of which were featured in the SDCC 2013 footage where fans saw “Starship Troopers-esque insectoid creatures). Another theory is that the name ‘Muto’ will refer to a specific/group of giant creatures – perhaps one that takes several forms ‘ala Destoroyah or Hedorah. This would be in line with Yoshimitsu Banno‘s script treatments for Godzilla 3D – which was liquidated into Legendary’s production (w/ Banno brought on as a Producer) and featured Hedorah’s reincarnation, Deathla, and her many forms. Unfortunately there seem to be reliable sources backing both theories – the more time passes, the more confusing this seems to be. I suppose we’ll have to wait and actually be surprised by something – gasp!

Either way, I’d say its safe to assume that we will be hearing this new Kaiju name quite a bit this coming year. I for one don’t mind it a bit – its short, simple, and catchy. It even has an old-school Toho feel to it, which is always a good thing! And just as a side note, these toys also confirm what Edwards had already stated – Goji’s atomic breath will feature in the film! It better, eh?

As stated above, these figures are scheduled for release on March 19th of next year, 2014. Care for a pre-order, anyone? Click the red links above to be taken to each of TFAW’s toy pages! Thanks for reading – and what do YOU think the Muto’s will be?